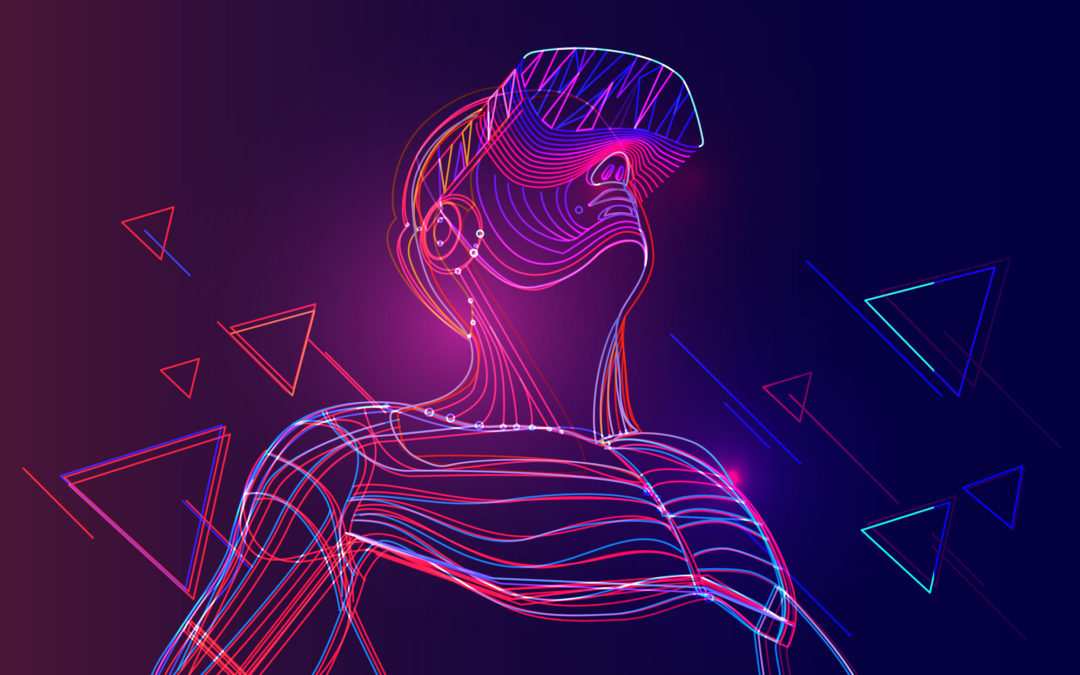 This is an awesome TED talk. But it was Chris Milk’s well crafted line here that hit me, “It’s a machine but inside of it, it feels like real life. It feels like truth.”

This idea of ‘truth’. It ties back to the conversation I had with Transhumanist Zoltan Istvan’s when we discuss the Simulation Theory, and the Matrix.
The world is waking up. And it is taking technology for the conversation to be heard.
Well done to Chris Milk. What he created with The Evolution of Vrse (for Google Cardboard), it showed me the emotional connection we can achieve in that space. Get the app, and ‘look down when you see the ribbons’ and, well I won’t tell you the punchline, but it is awesome.

And in the meantime, here is the video and the transcript from his TED talk. Enjoy.

Virtual reality started for me in sort of unusual place. It was the 1970s. I got into the field very young. I was 7 years old. And the tool that I used to access virtual reality was the Evel Knievel stunt cycle. This is a commercial for that particular item.

Evel’s riding the amazing stunt cycle. That gyro-power sends him over 100 feet at top speed.

So this was my joy back then and I rode this motorcycle everywhere. And I was there with Evel Knievel. We jumped the Snake River Canyon together. I wanted the rocket. I never got the rocket, I only got the motorcycle. I felt so connected to this world. I didn’t want to be a storyteller when I grew up, I wanted to be a stuntman.

I was there. Evel Knievel was my friend. I had so much empathy for him but it didn’t work out. I went to art school. I started making music videos. And this is one of the early music videos that I made.

You may notice some slight similarities here. And I got that rocket. So, now I’m a filmmaker or beginning of a filmmaker and I start using the tools that are available to me as a filmmaker to try to tell the most compelling stories that I can to an audience. And film is an incredible medium. It allows you to feel empathy for people that are very different than us and worlds completely foreign from our own.

Unfortunately Evel Knievel did not feel the same empathy for us that we felt for him. And he sued us for this video. Shortly thereafter. On the upside, the man that I worshipped as a child, the man that I wanted to become as an adult, I was finally able to get his autograph.

So let’s talk about film now. So film — it’s an incredible medium but essentially, it’s the same now as it was then. It’s a group of rectangles that are played in a sequence and we’ve done incredible things with those rectangles. But I started thinking about, is there a way that I could use modern and developing technologies to tell stories in different ways?

And tell different kinds of stories that maybe I couldn’t tell using the traditional tools of filmmaking that we’ve been using for a hundred years. So I started experimenting. And what I was trying to do was to build the ultimate empathy machine and here’s one of the early experiments.

So this is called ‘The Wilderness Downtown’. It was a collaboration with Arcade Fire. It asked you to put in the address where you grew up at the beginning of it. It’s a website and out of it starts growing these little boxes with different browser windows. and you see this teenager running down the street and then you see Google Street View in Google Maps imagery and you realize the street he’s running down is yours.

And when he stops in front of a house, he stops in front of your house. And this was great and I saw people having an even deeper emotional reaction to this than the things that I had made in rectangles. And essentially I’m taking a piece of your history and putting it inside the framing of the story.

But then I started thinking, okay well that’s a part of you but how do I put all of you inside of the frame? So, to do that I started making art installations. And this is one called ‘The Treachery of Sanctuary’, it’s a triptych. I’m going to show you the third panel. So now I got you inside of the frame. And I saw people having even more visceral emotional reaction to this work than the previous one.

We take this and we build basically a sphere of a world that you inhabit. So what I’m going to show you is not a view into the world, it’s basically the whole world stretched into a rectangle. So this film is called ‘Clouds over Sidra’ and it was made in conjunction with our virtual reality company called Verse and the United Nations and a co-collaborator named Gabo Arora.

And we went to a Syrian refugee camp in Jordan in December and shot the story of a 12-year old girl there named Sidra. And her and her family fled Syria through the desert into Jordan and she’s been living in this camp for the last year and a half.

My name is Sidra. I am 12-years old. I am in the fifth grade. I am from Syria in the Dara province, Inkhil City. I have lived here in the Zaatari camp in Jordan for the last year and a half. I have a big family — three brothers. One is a baby. He cries a lot. I asked my father if I cried while I was a baby and he says I did not. I think I was a stronger baby than my brother.

When you look down, you’re sitting on the same ground that she’s sitting on.  And because of that you feel her humanity in a deeper way. You empathize with her in a deeper way. And I think that we can change minds with this machine and we’ve already started to try to change a few.

So we took this film to the World Economic Forum in Davos in January. And we showed it to a group of people whose decisions affect the lives of millions of people. And these are people who might not otherwise be sitting in a tent, in a refugee camp in Jordan. But in January, one afternoon in Switzerland, they suddenly all found themselves there.

And they were affected by it. So we are going to make more of them. We are working with the United Nations right now to shoot a whole series of these films. We just finished shooting a story in Liberia. And now we’re going to shoot a story in India. And we’re taking these films and we’re showing them at the United Nations to people that work there, and people that are visiting there and we’re showing them to people that can actually change the lives of the people inside of the films.

And that’s where I think we just start to scratch the surface of the true power of virtual reality. It’s not a video game peripheral. It connects humans to other humans in a profound way that I’ve never seen before in any other form of media.