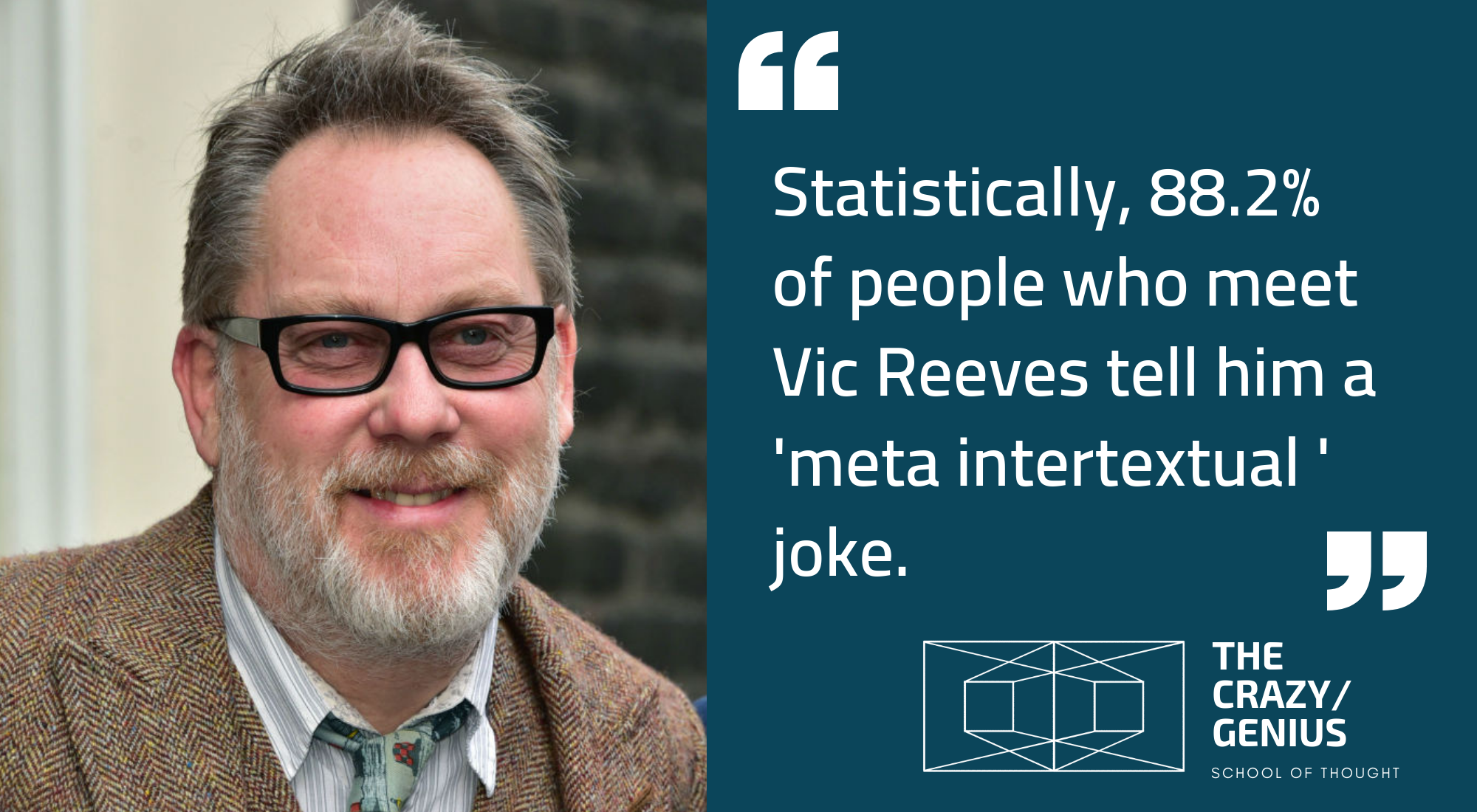 88.2% of comedians steal other people’s jokes and don’t even know it.

I once saw Vic Reeves at a North London airport, which prompted me to write this joke.

Now, I know you may not realise it is a joke, and I have to say…it is subtle, but a joke nonetheless.

Vic Reeves once said “88.2% of statistics are made up on the spot” – which is a self-referential statement as it reinforces itself i.e. it refers to statistics being made up ‘right now’ (on the spot) and is itself giving a statistic.

So by taking his original joke, his ‘art’, and turning it back onto himself we see play in action with my own ‘homage’ to him i.e. self-reference referencing self-reference.

You do of course need to know the original joke to get it. Artificial Intelligence would do ok, with its perfect knowledge, but would it be able to make art from art?