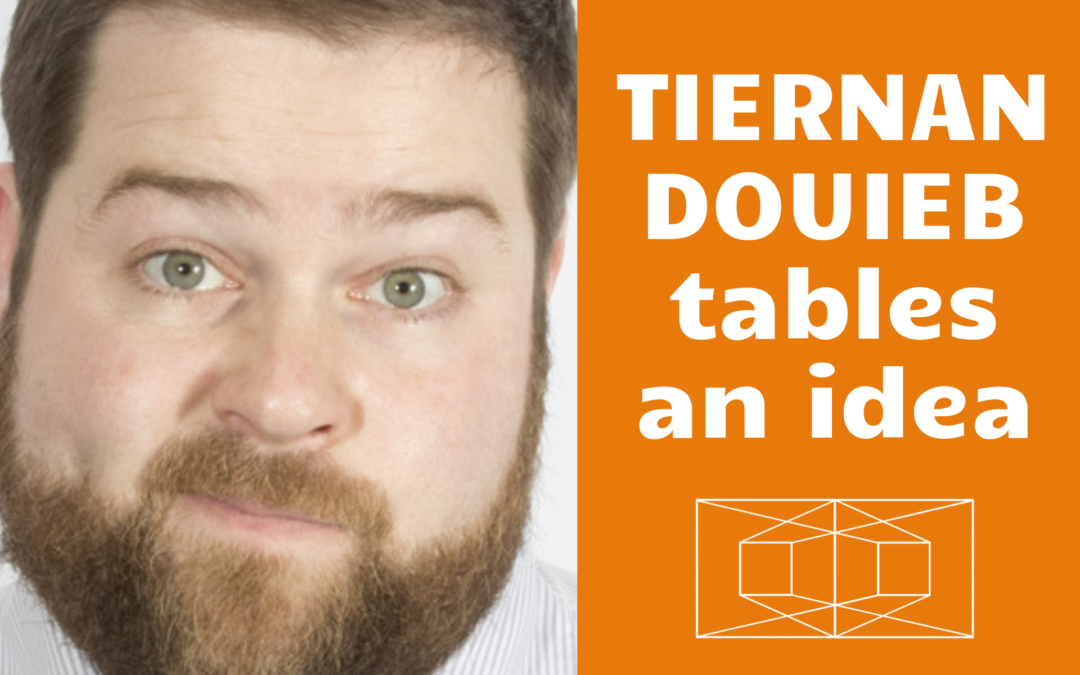 We saw Tiernan Douieb in April 2019 at the Leicester Square Theatre, opening for Frankie Boyle at his 5pm Work In Progress gig.

Tiernan reminds me of Richard Herring – incredibly warm, welcoming to the audience and willing to play with longer pieces of content than many acts.

As always on the lookout for pieces of content that ‘do something special’ in the mind, I spotted the following section of Tiernan’s act.

“…the only time you should be annoyed about the gender of someone or something else is when you’re learning another language and its fucking annoying.

Why do I need to give a shit if this table is male or female? Is it going to try to fuck my dinner or give birth to a smaller table while I’m eating? No, then it doesn’t matter.”

This joke, that Tiernan kindly wrote up and sent to me after the show, is complex. Aside from it being a metaphor about people changing gender (which is clever in its own right), you need to ‘do several things’ in your mind to process it.

First, the scene is set that some language have words with a gender (male/female).

Next, we move from a linguistic realm into what is probably best described (for many) as a ‘surreal cartoon act out’ of a table trying to fuck the thing on the table.

It is this movement in mind that grabbed my attention – just like a cup trying to drink what’s contained within itself.

This movement is not so much self-referential as crossing over between conceptual realms – the first being at a linguistic level, then next moving to become a storyline line in our minds that would have pleased Escher – assuming Escher had been attracted to a 5pm Work in Progress Frankie Boyle gig, that is.

Finally, in a more linear manner, we see the visual birth of a smaller table in our minds.

All of this happens in a matter of seconds, and to me, this is conceptual art.