The Future of Google+9 min read 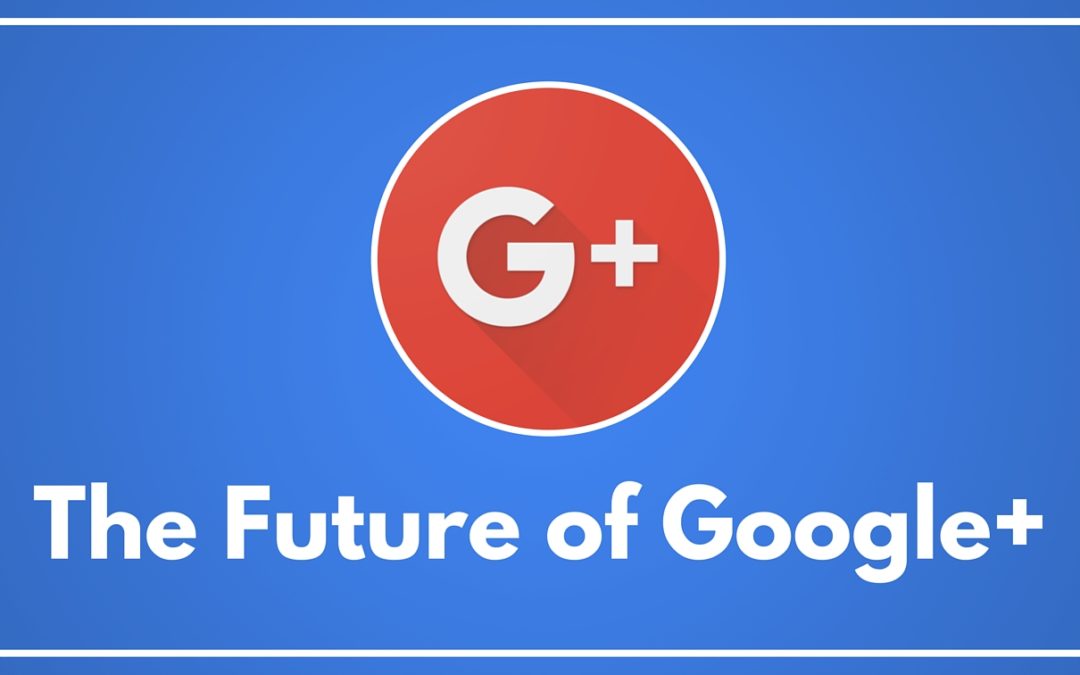 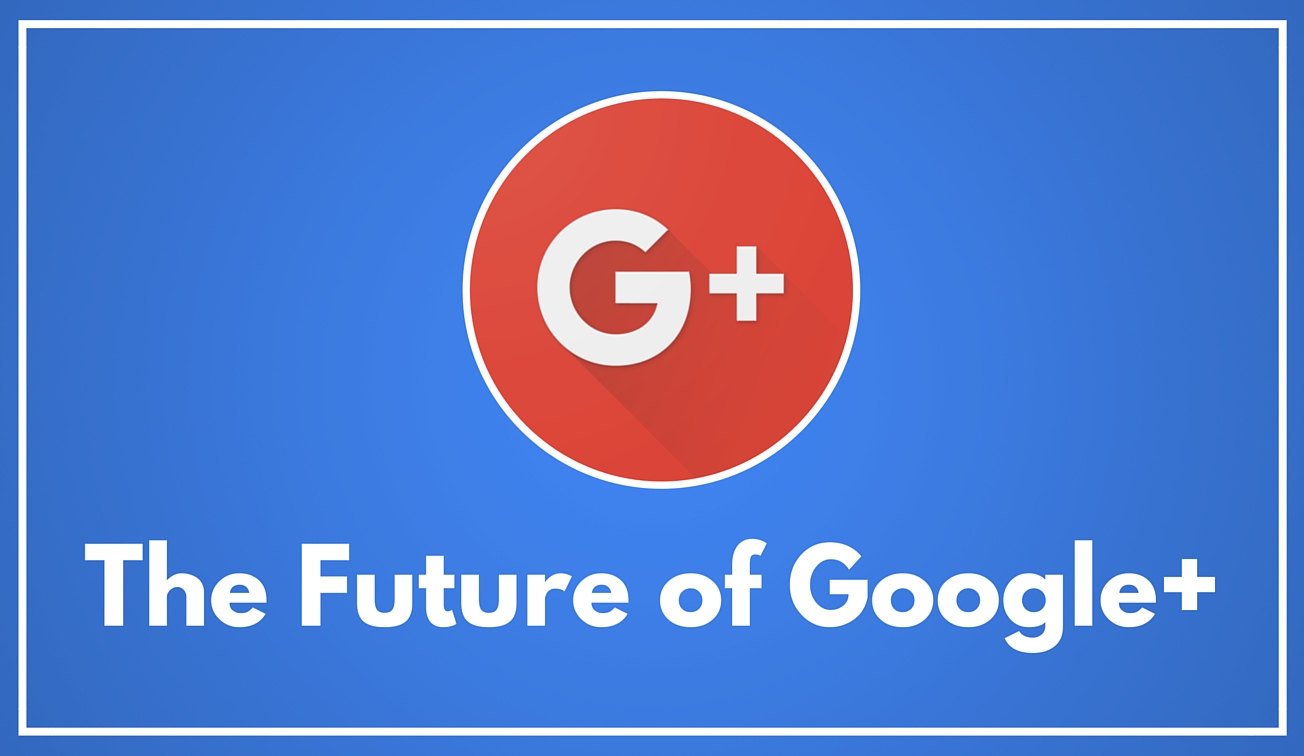 Human connection is the most compelling of things about ‘social’. And in the early days, Google+ connected people in new ways; with ‘Hangouts’ the doors of the world had opened; people breathed in multiple viewpoints whilst ‘sat on the porch’ – it was mind blowing. If you never experienced it, well, that probably means you never inhaled.

And for those that did, for those that ‘felt it’, you can see that the new Google+ is not the same now. And based on people getting in touch with me, many of you are feeling a loss. And it has been coming for a while…

From a yonder I’ve heard the cries for a while now:
“Where are the ripples? How can I find Local businesses? Where is my ‘view count’? What is the role of ‘circles’? Why u so mean to my auto-hashtags?”

Even more since the new release mid November 2015.

So let me quickly address the past this way: Google+ was Google, it was the ‘social layer that went across Google’s products and services’ as well as a platform.
With over 300,000 visitors to this blog, based on Google’s statements at the time, this map served myself and many other people well.

But things have changed, and now we need to change the map.

Circles are very much ‘in the background now’. And the days of building opt-in lists, with the intent of ‘notifying by email’ may well be numbered.
Maybe we won’t be ‘mentioning’ people in the same way anymore.
And you cannot access ‘events’ and HOAs (as it is today) via G+.
Hashtags don’t show in the corner of posts; and we can’t ‘flip the cards’; and we don’t have ripples. And, and…

There is a full list we could all create. But it won’t help. The world of G+ has changed, and we have a chance to make the most of it. And even the press seems positive about it all. That has to be a good thing, right?

Google+ is frickin’ awesome and I want you and I to be proud we are part of the network, not feeling we are clinging on for dear life!

But Google+ is not longer an all encompassing dashboard. No.
Google+ is now ‘The Stream’.

With Collections and Communities being the focus moving forward, they will trump the need to have ‘circles’ for different interests. And since auto-tagging has gone, it is now a case of curating tightly niched content, one post at a time.

Here is the thing: all of this is kind of missing the point.

We have to get ready for the next wave. And that is going to mean we are going to be ‘in the world’ much more.

Yes, we need to think Mobile.

In my view, this is the shift was need to take to ‘see’ what has happened with G+.
This is all about mobile.

The Google eco-system is very much ‘mobile friendly’ now.
But a hardcore desktop user, and non-Android users won’t necessarily have the same view as us Android geeks.

The apps interact with each other beautifully, and touchscreen makes changes easier.

Knowing that my view is ‘mobile is the future’, then let’s run through some of the consequences to this change – particularly relating to Google+, but before we do:

There is a difference between something being spun off and ‘separated’, vs. something being ‘differentiated’.
Semi-independent doesn’t mean ‘alone’, or isolated. And this thinking is a throw back to my days writing on developmental psychology.
Within the eco-system, just about everything is connected. And differentiation can lead to more people adopting that element, that ‘app’, than ever before.
(Jay Baer spotted this a while back)

Knowing this, let’s look at some principles and how they relate to G+:

Photos used to be part of G+, but was differentiated earlier this year.

Notifications will still show via Mr Jingles on a desktop, but they are already differentiated:

The Photos apps is awesome. And through auto-generated stories and movies, Google is doing the hard work of an assistant for us when it comes to making our pictures/videos more shareable.

I think these will be shared much more on Google+ than ever before.

This is about people, not platforms, as my buddy Lynette Young once reminded me.

Things have moved on, and the networks are now cross-platform. We don’t need to think in terms of ‘team red’ and ‘team blue’ anymore. (if you ever did)

Collections and Communities are the new focus for G+, but we can expect to see a lot more Google+ and Google Photo content on Facebook and Twitter now.
With the new version, when you click ‘share’ on Google+ (on desktop), it gives these options…share on:

Google have just broken down the walls.

Google Photos has been like this, in regards to the sharing options, for a long while, but this is a huge change in philosophy for G+. And I expect a shift in how many in the Google user community ‘do social’.

With Facebook doing a deal this week with Google to surface content (public) in Search (on Android first), we see that, just like with Twitter (which has content surfacing at the top of Search since the ‘firehose’ deal earlier this year), the networked relationships are already very much cross-platform, and the lines will be increasingly blurred.

It would seem that Google, by giving a little, can win more in Search. And of course, so much of this is about mobile, with Android being at the centre of much of the thinking behind the changes.

Personally, one of the most rewarding Social experiences is still Google Hangouts. Originally, they were part of the G+ dashboard, but Google Hangouts is now an app too.
And note how from a mobile app perspective you can no longer start a hangout with a ‘circle’ of people.
Now it is about ‘groups.

With integration into third parties, such as Slack, I think they can continue be used to bring people together.

It was that G+ was the place for Reviews to be ‘stored’ but now it is the Maps app (for a user) and Google My Business (for the owner of the listing).

With Google Maps being a place for Reviews, and for Pictures too, we can see that Local will be driven by visits. And for ‘reviews’ this is great – with photos being uploaded you can verify a person was at a location, meaning the likelihood of a much more authentic display of reviews. This is much harder to make happen on desktop.

I bet that if you use Google+ on a desktop you are ‘a typer’.
I used to ‘tap and type’ away, but I am changing, esp. on mobile.
Desktop typing is not the future – the future is voice, and that is being driven by mobile.

We’ve all known this for a long while.

Not only can you Search using Voice, but the voice to text in Google Keep, Drive, Hangouts, Inbox, and just about everywhere else you see a box, is very good now.

I’ve said for a long time that one way to monetize all this free stuff we get from Google is through Storage, mainly Google Drive. With literally tens or hundreds of thousands of our pictures being uploaded into the cloud we can see that once the free trials end, Google will have the ability to monetize at e.g $5 a month/$60 a user per year.

Google+ is the Stream that then allows the content to flow. And it can stay advert free.

With Magic Leap just around the corner, Google are going to bring Augmented Reality into our lives. And as such, Google+ needed to change too – it needs, we need, to be more mobile. As David Amerland says ‘When you consider that the fusion of online/offline is just a year or two away this is a smart move.’

You can get stuck on the Internet for years. Like the Matrix, but without the tight costumes, and continuity errors. Being in the world, I believe, is a good thing.

What about ‘how best to approach Google+ now?’

Focus on Collections – full guide here – and build your community.
And here are some tips:

a) People following ‘Collections’ seems very dependant on keywords (I’ve been testing on 46 collections), and my bet is they will surface in Search at some point – as do communities now.

b) I believe that Collections will start to surface in Google Search before too long – just like Pinterest boards do.

c) And note how Public Communities are very much like ‘Multi-User Collections’.
My view is that at some point we will see a convergence of the two i.e. communities and collections.

Full disclosure: as soon as there are Collections that can be ‘shared into’ by multiple users (from their own Profile or Page), expect there to be ‘interesting things happen’ re: the transfer of ownership…

Ok, back in the room.

Well, the new ‘About me’ page is really (shhhh, don’t tell anyone) straight out of Google+ info for most users. Did I hear a little cry of ‘rebranded?’ Yes I did.
But in time, this will be forgotten and it will stand on its own two feet.

So, Google+’s original influence has become much more ‘in the background’ now, apart from the Social Sharing aspect.

What does all this mean for you?

Personally, I am delighted with such a change. Small shifts were not enough to re-energize the community.
And I know it will require a new way of thinking. But it will come. Trust me. And more than anything…

We’ve connected. You’ve built your network. You understand yourself so much better than before, and the tools you had are not needed to the same extent. We now need to take our knowledge and understanding ‘out’.

We can still have a rocket ship, but it will be taking us to outer space, not deeper ‘in’.
Just close your eyes and you have access to a hundred thousand interactions, and with just one single +1, one like, one tweet, one share, you re-energise the neural pathways of friendship you’ve been building for years.
Thank you, as always, for being a part of my life. And may the journey continue together.