The birth of a pregnant pause1 min read 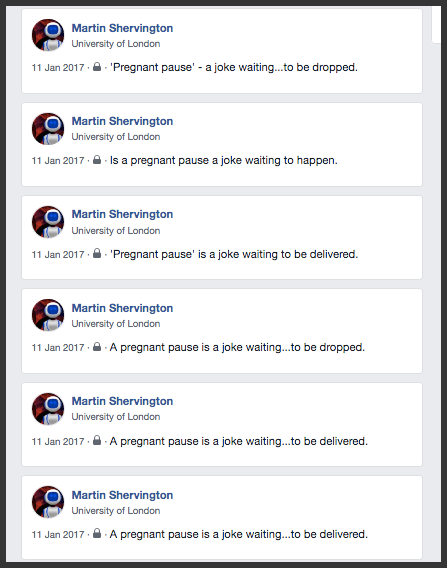 When I was writing the ‘pregnant pause’ joke, I used Facebook’s timeline as a way to keep track of edits. You can see from top to bottom the basic adjustment in the thinking.

“A pregnant pause is a joke waiting…to be delivered.” 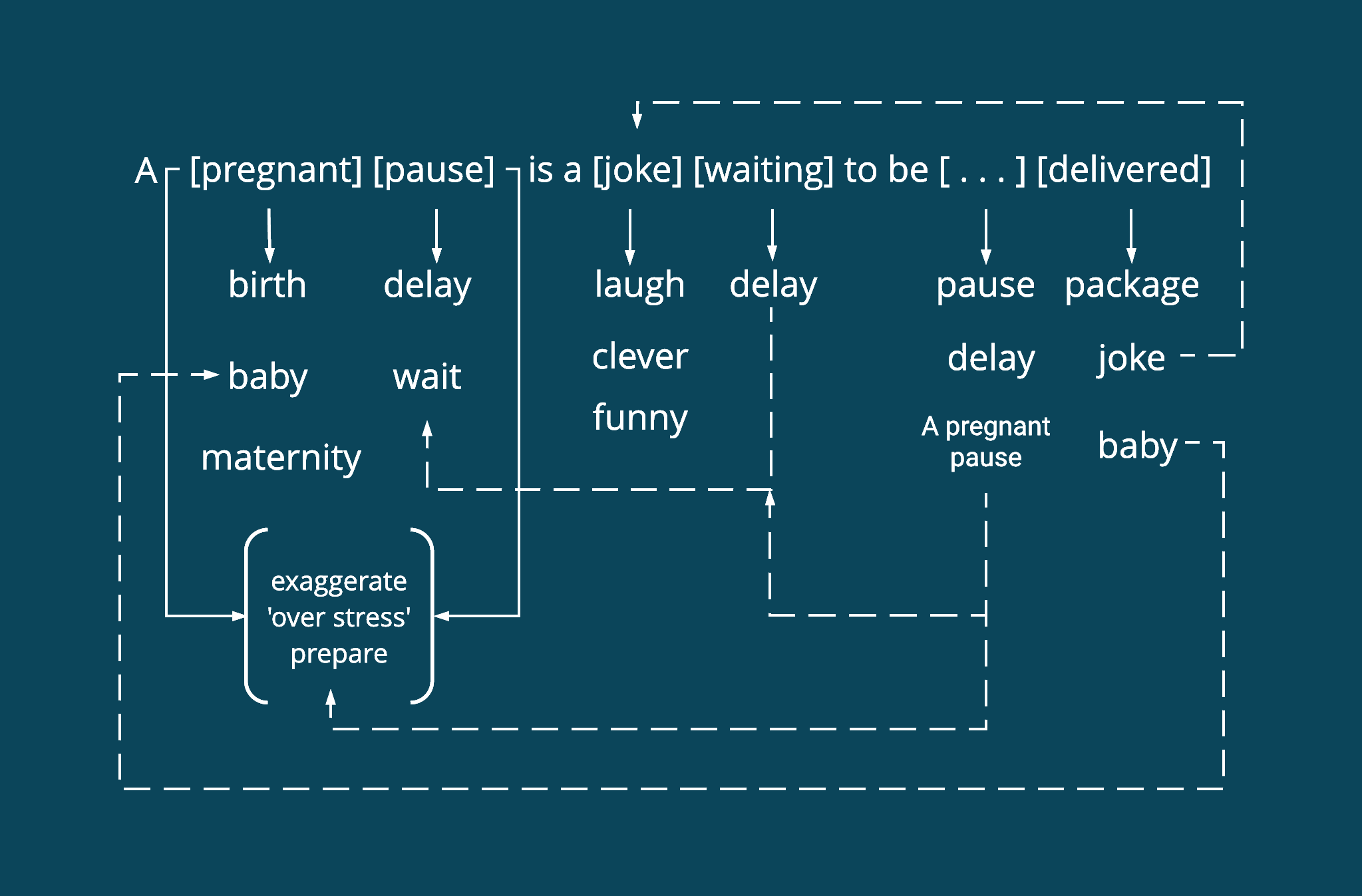 The reason this is ‘vaguely amusing’ is relatively complex as has a meta layer outside of the words alone: You need to know what a pregnant pause is first, then see that the ellipsis create one, then connect ‘delivered’ back to the word ‘pregnant’.

As this joke ‘grew up’ it expanded to the following…

“Consciousness feels, just as [a pregnant pause is a joke waiting to be…delivered], like an accident waiting to happen.”

This is ‘clever’ (and as always, runs the risk of not being funny) as the original song in which the ‘pregnant pause’ appeared was Billy Bragg’s Accident Waiting to Happen, from his 1991 album ‘Don’t try this at home’; and seeing that someone getting pregnant can, quite often, be dubbed ‘an accident’ and a pause is something that is akin to ‘waiting’, then we get a further (third) layer added to the original joke.
I’m sure I warned you at some point this was niche humour. If I didn’t, you are now.