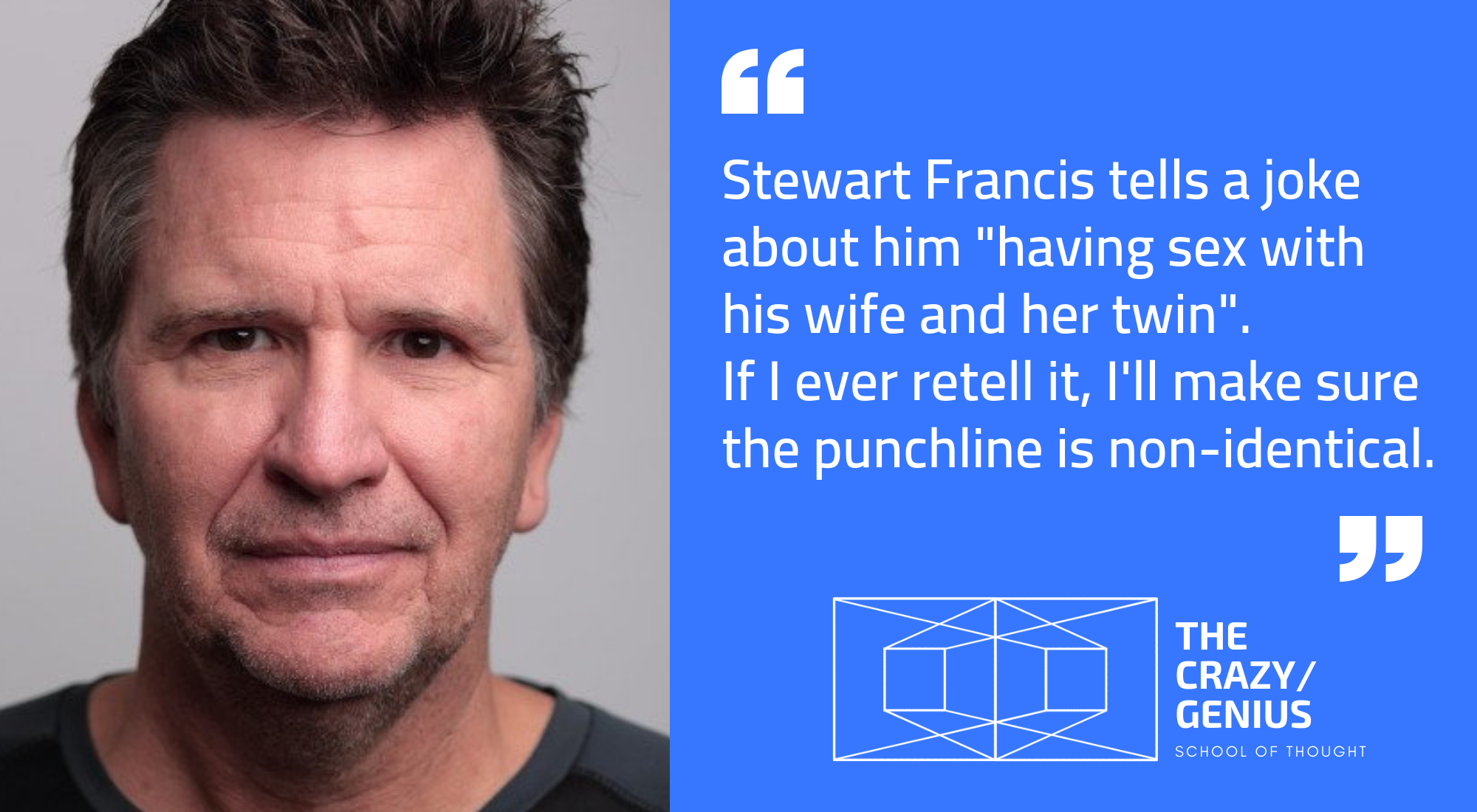 We saw Stewart Francis’s show at St David’s Hall June 2019, he is a marvellous punster. Below is one such example of his work…

“Before he started drinking he was a world renowned turtle expert.

Now he is just the [shell of his former self].

Francis then stresses there is an ‘Or’, as an alternative to what he just said, then goes on

“Before he started drinking he was the most successful dyslexic furniture salesman,

But now he is just the [sell of his former shelf].”

You can see reverse engineering in progress, with [shell of his former self] being the foundation of the joke. It’s lovely.

The reveal being, of course, that the twin was her brother.
I won’t bludgeon the one I ‘stole’ – hopefully you see what I’ve done.