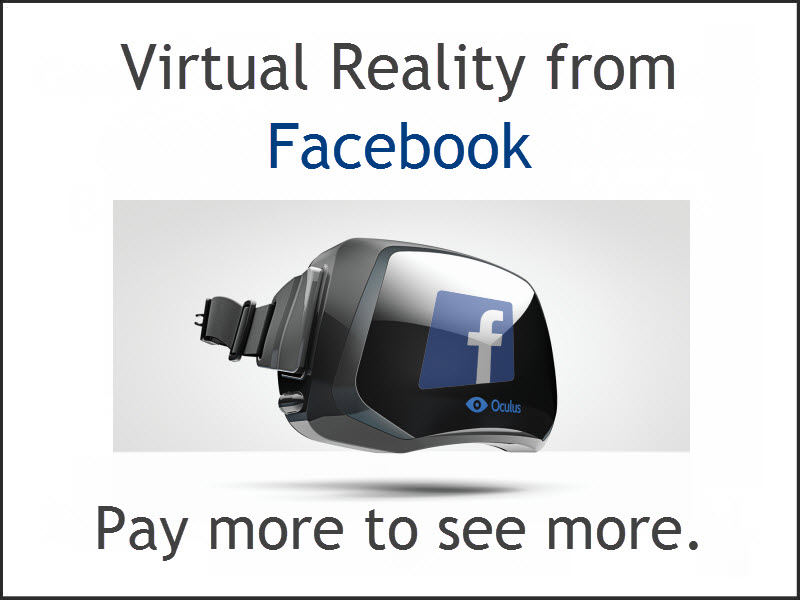 This post gives you an idea of my UberGeekiness as I try it out for myself.
I believe that the virtual world will rapidly become a new platform, like desktop, like mobile, but totally different as an experience. And I mean, totally. And now Facebook is about to see the future in a very different way.
Will there be Candy Crush (thanks Mark Neace for the education!)?
Will people get a poke in realtime (do people still do that?)
And will you duck a flying pig? (ah, those were the days)
Maybe there will be horseracing….

Who knows, but the ride has begun to crank on up the track and we are about to get ready for some serious twists and turns in the virtual space (including the ‘Mirror World’ as Steven Levy called Google’s build in ‘In the Plex).
So, let us begin…

As you will see, I was very excited about moving to San Francisco and getting this experience under my belt.

Thank to Robert Klados for getting me ready, and setting it up.

Within a few days of arriving in San Francisco I was ready to roll.
And this was a LOT OF FUN. Thanks to Ben Reiter for guiding me into this new world.

And then I return to Ben and chat it all through…

A second chat about the Oculus Rift!

But it didn’t end there, as here is me doing some standup in San Francisco about the Oculus Rift and Google Glass – possibly not safe for work, but that depends on where you work and you general sensibilities!

Oh, btw, the ‘pay more to see more’ was very tongue in cheek as people have to pay on Facebook for people to see their posts. More stand-up may well be coming your way soon!