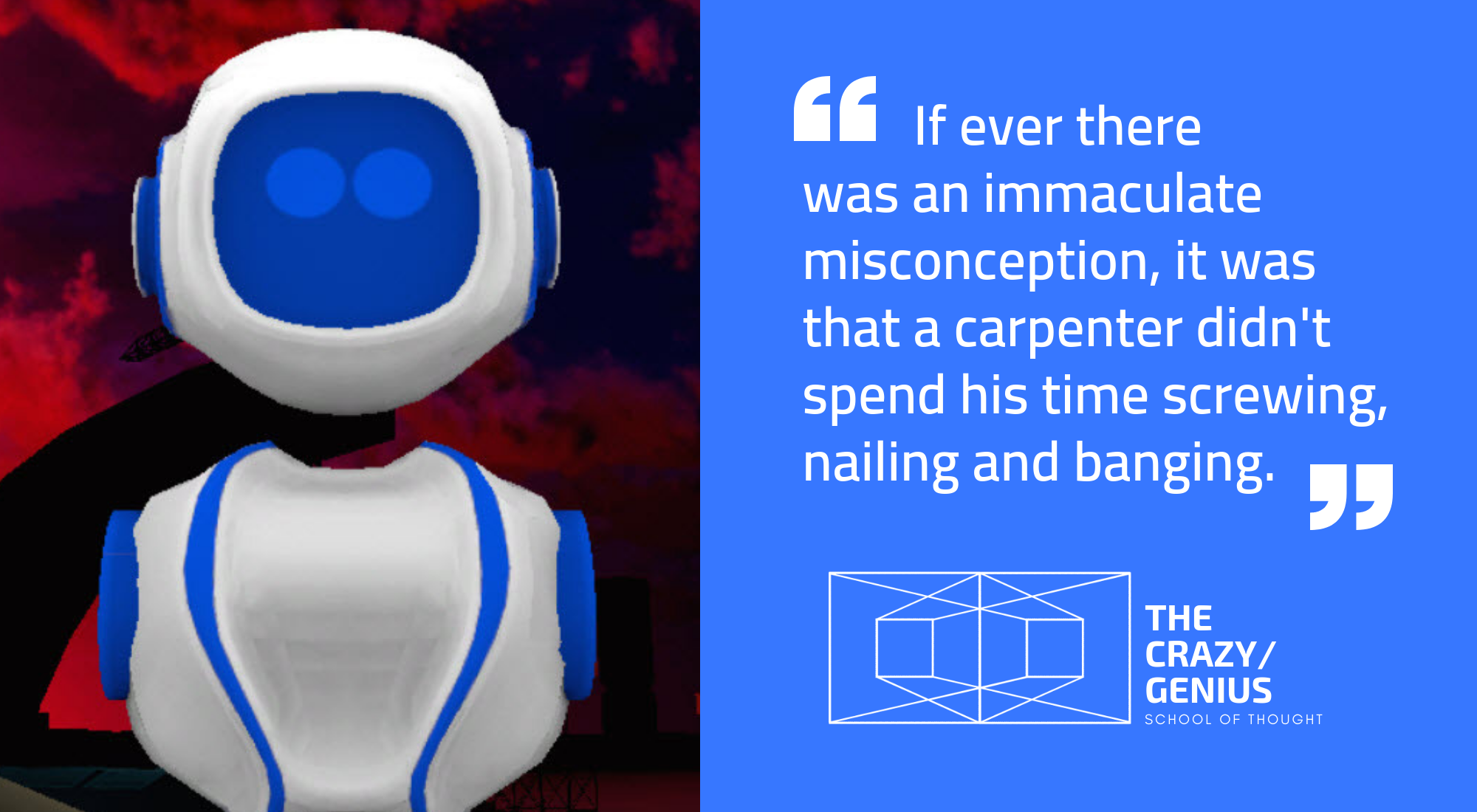 The immaculate misconception of Christianity was that a carpenter didn’t spend his time screwing, nailing and banging.

This joke started with the simple addition of three letters ‘mis’, to change one thing (a conception) into another (misconception) and in doing so we jump from one meaning (‘to become pregnant’) to another (‘faulty thinking’). 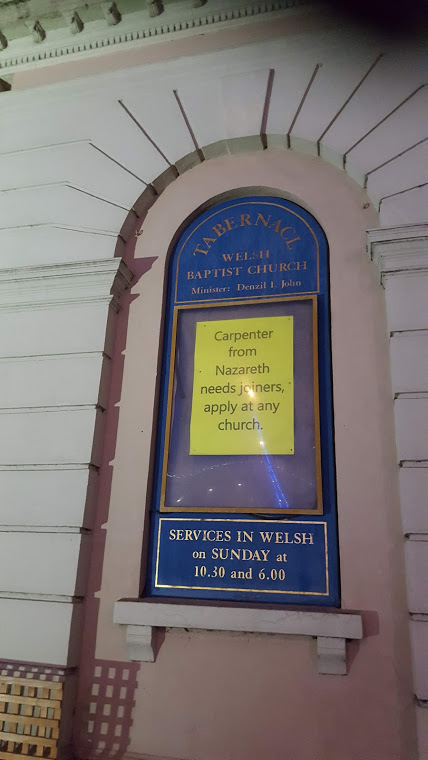 But if you look at what happens in your mind as you pull it apart, you jump between a concrete (i.e. real) level of thinking, into a conceptual one by using the word ‘misconception’. It is subtle, and playful, and yet shows you directly how language operates across boundaries of the mind.

It was Elisa who I have to thank for the second part, and the funny section, of this joke – tying the concept of ‘carpenter’ into three euphemisms for sex i.e. ‘screwing, nailing and banging’.

Put the two pieces together and it is a ‘clever’ joke, that may even get the occasional laugh too.

p.s. the image we spotted a couple of years later when out and about in Cardiff, and it seemed apt.