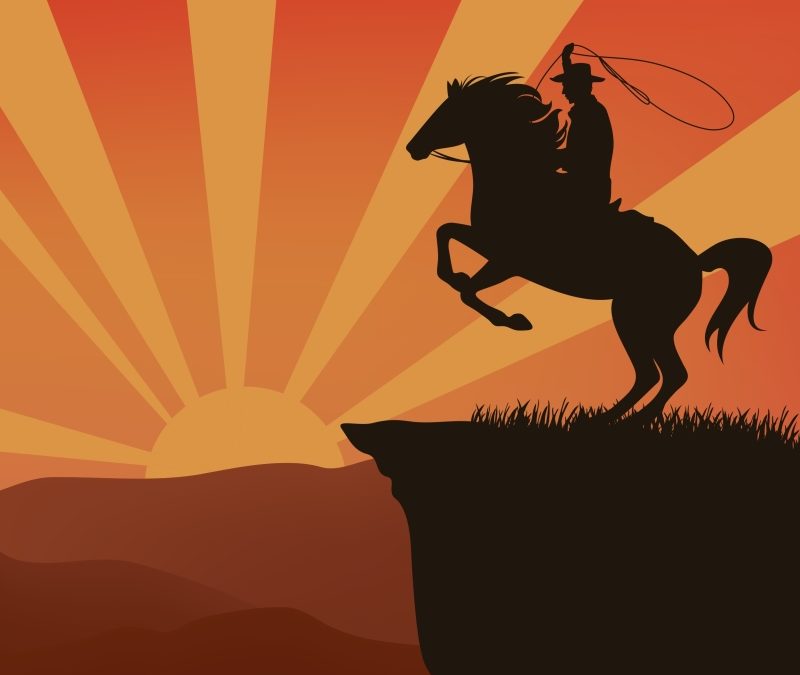 I am going out on a limb here and want to know if I am not alone.

Do you get the feeling we are in the middle of a genuine gold rush by being so involved in Google+?

Everyday I wake up and think “why the heck can’t the rest of the world work out what is going on here?” I’m sure I am not the only one. I suspect there are a couple of hundred people, you being one of them, who is thinking “there is gold in ‘dem hills!” Today is no exception.

Now, the nature of the aforementioned gold will vary from person to person, of course, yet I do get the feeling that there are quite a few business people, marketers, social media coaches, tech reviewers and the like who are grabbing their shovels and heading out. The thing is this: I’ve seen it before, and so have most of you…

Times change, things are different, sure. But there is something similar to when the land grab was to buy any dotcom that could be useful for oneself, or speculating a company may want to buy it from you later on. The latter being a kind of virtual ‘ransom strip’ bought in order to thwart the efforts of a developer, and it can attain a handsome bounty.

And I’ve been on both sides of it, once I had to pay $16,000 to buy a strip of land the size of a small flower bed (2.5 metres by 1.5metre); and on one occasion I worked with companies who sold a .com for $30,000 simply because it was a desirable name. Simply put, when someone has something you want, it has a value.

But this is not just about domain names anymore. This is about being at the front of the next wave of evolution of the web, and all the opportunities it is bringing.

Ok, so let’s say we take on board my Wild West analogy.

Imagine this, you are on in a town called GooglePlusVille, with YouTubeVille just over the hill. Most people are setting up their homes, just settling in, and meeting the neighbours.

“Hi, how you doing? I like your lawn you got growing there. Oh, yes, I will have a cookie. Thank you kindly, maam.” And then there are many marketers are running around somewhat like headless chickens thinking – ‘GOLD’ there is free ‘GOLD’! You may well have seen this for yourself; and with interactive posts about to flow though our streams, you will find even more of this going on.

But many people will keep it all quiet, of course. They are waking up in the middle of the night and ‘putting up the fences’ and then you wake up the next day to ask, “What you been doing, you look a little sleepy?” and they are all “er…’nuttin” as they lean on the virtual boundary they have been creating whilst many have been snoozing…

Destinations within the social layer

So, here is the question…have you bought any .coms yet since embracing Google+? How about building your apps? Or creating quality content on YouTube? What about quality branded Pages? Or maybe it is something else?

There are so many places we can inhabit within the social layer; so many places where we can entice people to join, and give us their attention, and maybe even their money as well.

Just looking at one small example which I regular laugh about…
Whilst in a Google+ Hangout anytime I come up with a new word or concept I find my buddies in hangouts have run to godaddy.com to check out whether I’ve secured it yet. It is a game when it is your friends, but I’ve seen people grab/try to grab domains to stop other people ‘developing’ in that location. This could be a pain if you have virtual dreams.

Also, I’ve done a bit of research on who has been buying domains and all I have to say is…there are some very quiet, and in my opinion very smart prospectors out there – they’ve bought the land and they are waiting for the miners to arrive. It is the miners who will want to buy the ‘claims’ from the people who arrived first and prospected well. I’ve already been approached myself to buy web domains of a similar nature to ones I already have. People are already trying to cash out and sell their territory.

It really is like the best ‘land’ in this new territory gets taken by the prospectors i.e. the ones who can pattern recognise and see the potential. But this kind of ‘land’ is probably the only limited resource in GooglePlusVille (and channel names in YouTubeVille) as the rest comes down to rolling up your sleeves, grabbing a shovel and prospecting away!

On Google+, when you “own” the right Pages and Communities, you own the mineral rights!

There will be people building up Google Plus Pages, working on getting that Google Plus Page verified and even looking at getting a custom URL for something you/they just made up (unless you own it, if it is a TradeMark, you won’t be able to secure that one).

But this is new territory and with that comes the new intellectual property opportunity. Anything with a “Plus” or the word “Hangout” in it for instance, well you can work out the rest.

And of course, in a very different way, there are people in GooglePlusville, like myself on occasions, running around putting captions on cats and enjoying this whole new environment as well.
After all, who doesn’t like the challenge creating a decent ‘Gumpy cat’ meme? I know I do.

The miners will arrive, and I think I can hear the railroad coming as well…

It is commonly held in investment circles (I’ve worked with a few Venture Capitalists) that the ‘real money’ is not made by the prospectors. It is made by the developers i.e. the miners. The prospectors are the ones that enter first, stake their claims and see if the ‘place’ is worth exploring further. When one considers the shift in opinions of the press toward Google+, now increasingly positive, it won’t be long before the developers arrive. They may be the large organisations with existing infrastructure, the social media/advertising/marketing agencies with 100+ staff, start-ups with funding looking to launch virally etc. And the seriously savvy marketers and app developers that will be converting attention into gold with every post they send.

As you can see, I have a mental metaphor running in relation to all of this and whilst I am sure it could and will be developed over the coming years, for now it does give me some content for a stand-up routine!

There are many mapmakers in the Plus who are learning the territory, not trying to sell anything in particular (yet), but in time they may well have the best 3D full colour, interactive, singing and dancing maps available for hire. The miners, in particular, are already approaching people I know personally to help them survey the territory. It is when the maps are accompanied with the knowledge that “over that ridge you may find some wild animals, over that one you’ll have to corale the buffalo, and in Googleplusville itself, you may well want to meet some of the very well connected neighbours. And, by the way, avoid Clarence Pumpernickle as he is a real mean drunk.” Cultural knowledge as well as knowing the landscape matters too.

The good news is, we understand this place. When the miners arrive, the prospectors can do very well, as we saw during the Klondie Gold Rush: “Claims began to be sold between miners and speculators for considerable sums.”

So, if you haven’t begun to consider your personal claims in this incredible new territory then have a think. Some of the claims costs nothing at all, just a little effort aligned with foresight. Others may cost the price of a .com. Whichever way, I hope you enjoy this new landscape as much as myself. In the meantime, I’ll keep making the maps, working on the metaphors and see if I can get the comedy into shape. After all, maybe people will want a little entertainment from a guide as they set up shop, ready to make their fortunes in these incredible new territory.