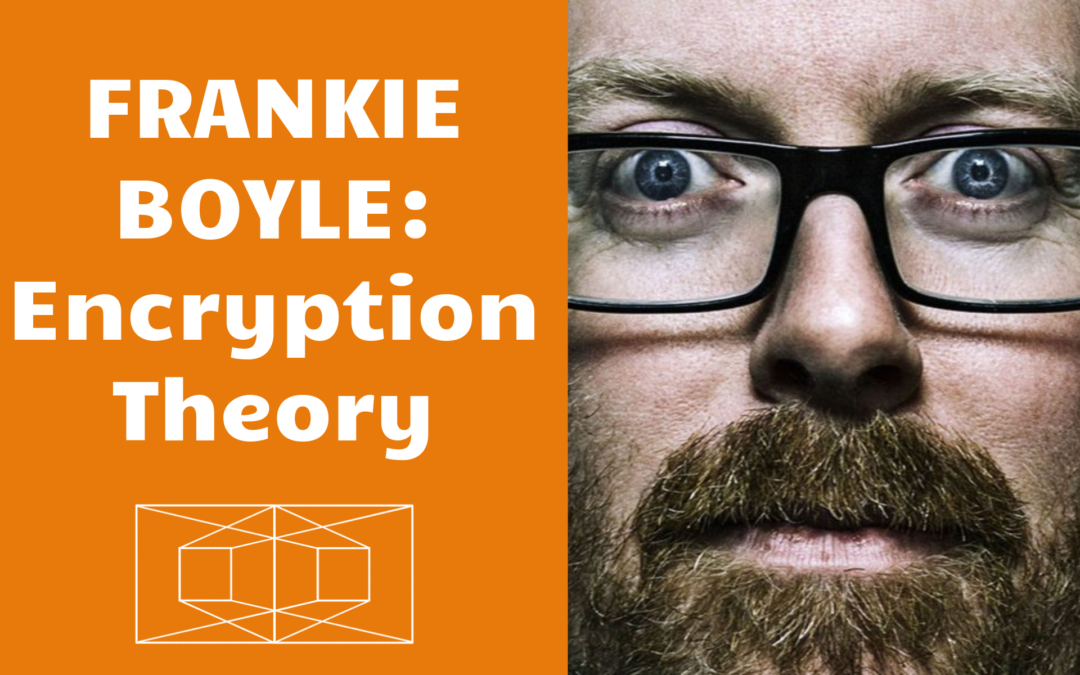 It appeals to me that within a sentence or two (as is the structure of many a joke) lies a hidden meaning, which you need to have certain information to unlock – hence the idea that it is encrypted.

Thomas Flamson and H. Clark Barrett wrote a paper named, ‘The Encryption Theory of Humor: A knowledge-based mechanism of honest signaling’ in which they suggest “humorous utterances and acts are encrypted in the sense that what makes the joke funny is not merely its surface content, but a relationship between the surface content and one or more unstated implicatures which are known by both the sender and the receiver.” They go on to say that this approach “provides evidence that the producer possesses that knowledge, and that those who appreciate the joke do as well, thus rendering humor a means of assessing shared underlying knowledge, attitudes, and preferences.”

Clever humour is not exclusively ‘conceptual’ and yet conceptual humour is often ‘clever’, which can make it less funny that something that links directly the ‘key’ in a lock. And Frankie Boyle is a very clever comic – his jokes are crafted, and he doesn’t feel the need to explain them if you don’t ‘get it’. I watched him in 2018 in Cardiff and I ‘got him’ for the first time. First off, he plays at a ‘content level’ in this way:

Returning back to the study by Thomas Flamson and H. Clark Barrett  mentioned above: “We propose that this signaling of common knowledge is done via a novel type of information-based mechanism, encryption, which (by analogy to encryption in human-designed codes) makes use of the non-random match between the surface features of jokes (encrypted messages) and the underlying knowledge necessary to produce and understand them (the “key”).

Now, this approach to understanding humour begins ‘on the same level’ i.e. if you have access to the necessary information then you get the joke, but it is not exclusive (or restricted) only to that level. Operating in a world of concepts is something that creates a perspective that is more nuanced, and the experience in mind alters too.

Frankie Boyle is a good example of this as not only does he use this ‘referencing’ to find and lock in an audience to his perspective, but also teases us with conceptual play. I recall one joke where he talks about the French language, where from memory he says he didn’t care about whether a word was masculine or feminine, and instead, “I only care about whether the ‘concept of endings’ is male or female.”

Both of these examples require a shift ‘inwards/upwards/backwards’ – something that mind can do, and something that we could call meta humour. Neither require the intertextual knowledge, and both create a different effect in mind to the lock/key principles.

In this way, we also like to conceptually wrap things that make us uncomfortable – things we want to hide. I call this ‘Pigs in blanket’.

We eat ‘ham’, we eat ‘bacon’, ‘we eat sausage’, we eat ‘pork’ but we almost never say we are eating ‘pig’. Yet when we wrap it in a soft, conceptual blanket, we can admit to ourselves the animal we are eating is a pig. It is a subtle shift in the mind that makes it more conceptually palatable.