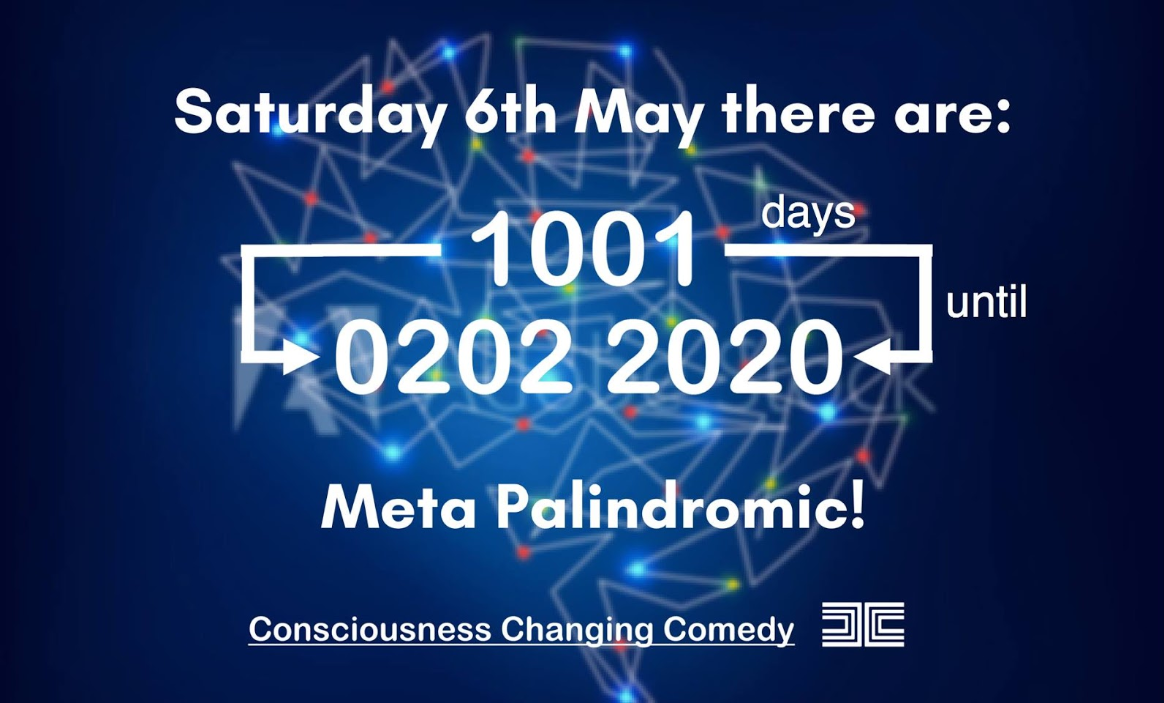 On May 6th 2017 I created a video with the intent of getting Predictive Analysis expert Eric Siegel’s attention. I asked him whether it being 1001 days until 0202 2020 was a Meta Palindrome? The answer was ‘yes’.

Eric has a page on the Cs.Columbia.Edu website that is dedicated to Palindromes, with this included:
“Y’no palindromes; Semor’d nil a pony. (your’s truly — possibly the first meta-palindrome)”

As I write this section almost 2 years later, you can see the principle of creating art for artists at play as a way to get attention from someone – i.e. using the artform of finding a meta-palindrome and sending it to the person who writes about such things.

For there to be a meta palindrome, there must first be a palindrome and then ‘something’ must be applied to that first rule.
The first rule being: it reads the same from left to right and vice versa, the second rule being ‘something’ that applies a similar principle.
In Eric’s own example, he is using the content word ‘palindrome’ and then creating a palindrome that includes it.

Notice what happens in your mind as you apply one rule on top of another rule. Maybe you see two processes occurring at the same time, or even competing for dominance as the mind attempts to figure it out…