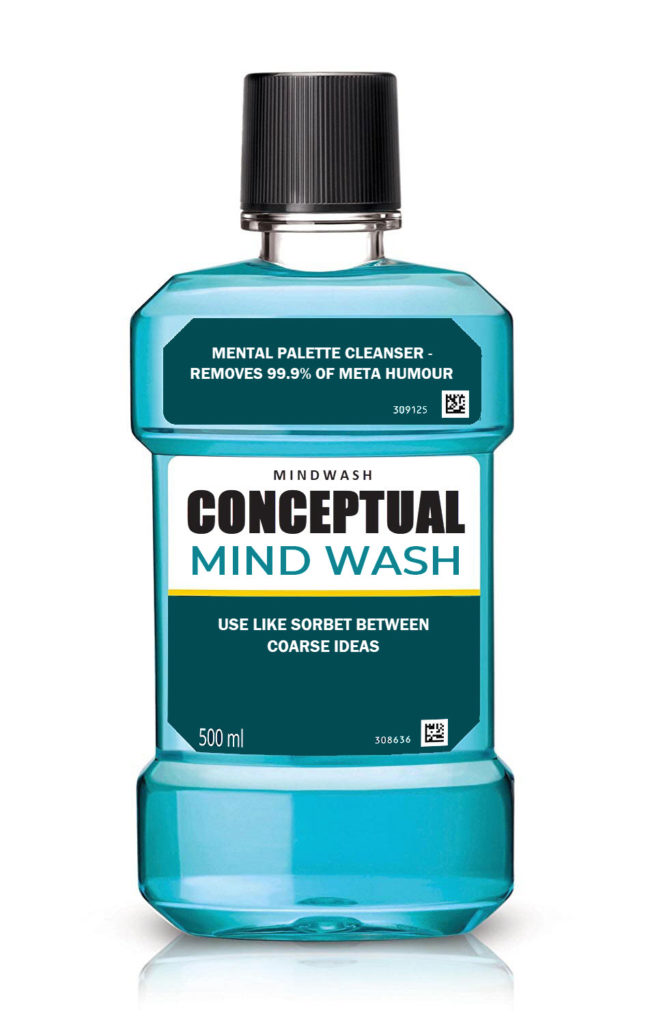 In the 2004 movie Eternal Sunshine of a Spotless Mind we see Joel Barish (played by Jim Carrey) and Clementine Kruczynski (played by Kate Winslet) we see a couple who erase the memory of their relationship, yet find themselves inexplicably drawn to each other.

The concept of putting ‘something’ in the minds of a recipient (e.g. an audience member) is standard for a comedian. The wiping of it clear is the next step. Both actions are controlling the presence and absence of ‘things’ in mind.

This idea of making it ‘ok’ by removing the original concept from someone’s mind also has echos of Stewart Lee suggesting UK Prime Minister Theresa May was put in place as ‘a palette cleanser’ after David Cameron, and before Boris Johnson; and Russell Brand talking about the Daily Mail Online Sidebar as being “a sorbet between wanks” – hence why the image included has references to both.