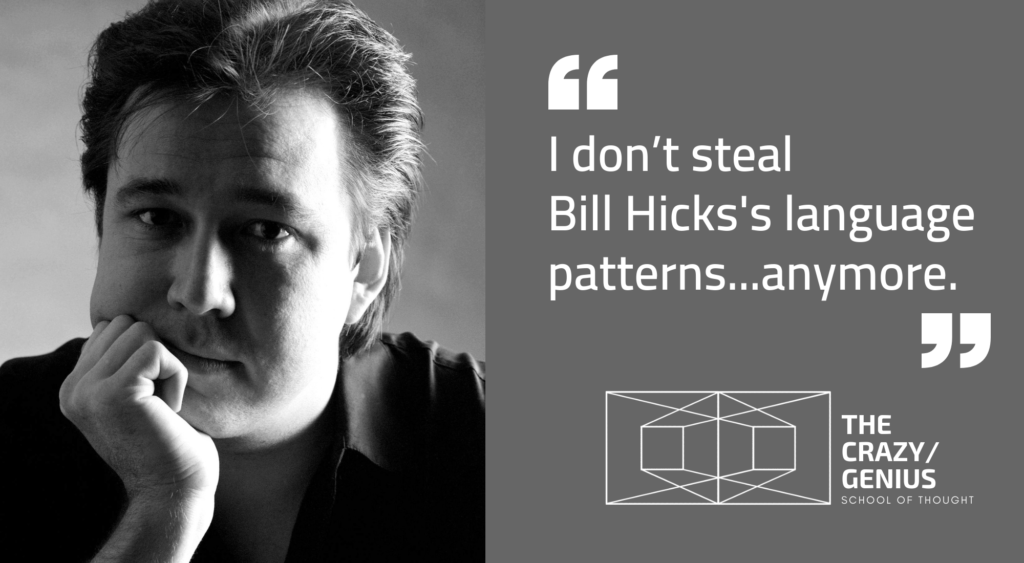 Bill Hicks once said “I don’t do drugs…anymore.”

‘Anymore’ creates the second story in our minds that he ‘did once do drugs’. It’s that simple; and the pattern becomes transferrable to another context. The punchline of ‘anymore’ creates a reveal based on a difference between the present and the past.

Taking this idea of the ‘one word punch’ further, my mate John Gower gave me the punchline to this joke I delivered in my early days of stand-up training in San Francisco…

Set up: Americans are amazing. They’ve done amazing things.
I mean, they even put a man on the moon…

In this way, a single word like ‘allegedly’ acts in a similar way to ‘anymore’ – negating or adjusting what went before it. In the case of the moon landings, it is intended to throw up connections you have to doubts about the event – and how Director Stanley Kubrick was paid to fake them in a studio etc.

Keep your ears open for one word punches, they may come in handy one day.