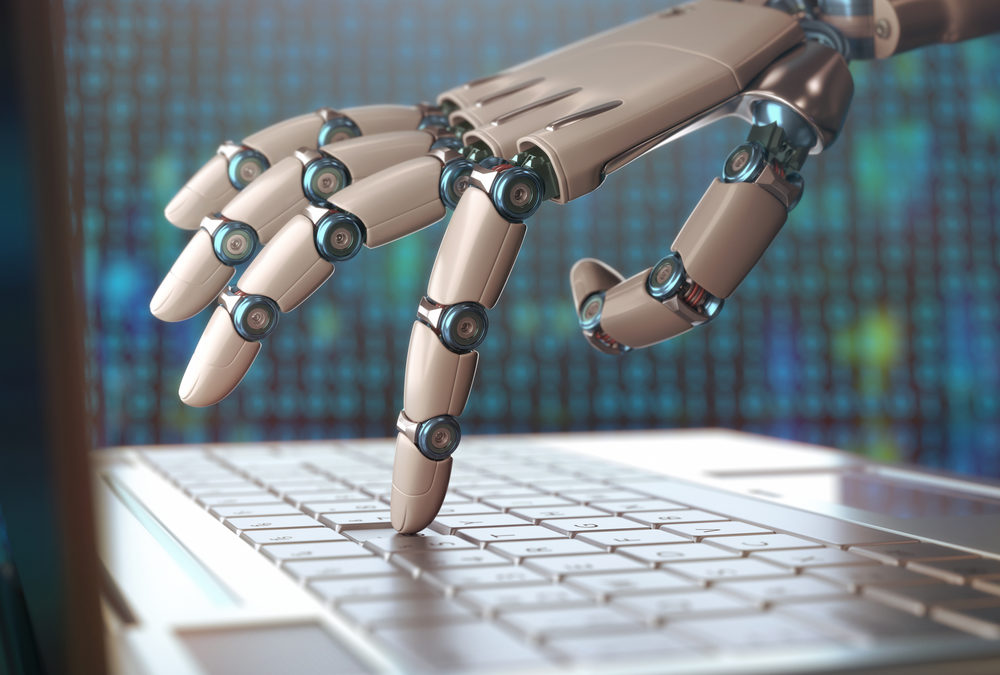 It was Saturday morning, I was out and about in Burlingame, California.

I grabbed a coffee and uncharacteristically decided to check my emails. I glanced down at my Inbox (using the app called ‘Inbox’ from Gmail) and to my delight I saw I was in line to inherit $26,700,000.00 from the estate of one Mr. Husson Shervington.
The Shervington clan is mighty small, so you can imagine my delight at such an offering – especially seeing as I was only going to have to give up 50% of the sum for the service of one Abdul Razak.

Ok, it took a nano-second to know it was a scam.

But what should I do? Should I just delete the message and move on with my coffee and croissant? (yes, I grabbed a croissant too) Or was there an alternative at my fingertips?

Enter ‘Google’s AI’, stage left.
With Machine Learning and Artificial Intelligence all the rage right now, it seemed timely and fortuitous that Google gave me three options at the bottom of my Samsung S6 screen, from which I chose:

And then it began…

Once more, Google’s Inbox AI program gave me three options.
I went with:

“I will get it to you this afternoon”, and then clicked reply.

This time I didn’t get a huge choice, so was super polite and went with the first option.

It was at this point, if any along the way, I felt a little bit nefarious.
The only choice seemed to be either to say I’d sent it, or to string him along until later (which didn’t seem particularly fair). As such, I went with: “Did you get it?”

He swiftly replied he didn’t get anything, and I was at this stage getting a little tired of sweeping across my screen to take a screenshot of my phone, so apologies for missing an image or two as to the AI options.

But don’t worry, my desktop version has us covered as to the result:

Yep, when confusion rules in email, a call is certainly best.
I ran with “I’ll call you”…
Good option.
To which Abdul replied:

This time I ran with: “You can call now.”

At this point “I am working on it” seemed a very good option.

Ok, I think you get the point now, so let me move this to a rapid close.

And having replied, choosing one of the three options I received:

“I AM GETTING NOTHING OK” seems a little loud for a Saturday morning.
And hou see how the capitalization of the letters gave me the option “What’s wrong?”
It appears Google’s AI understands SHOUTING too.

Finally, we move to the moment when myself and Google let the man continue with his day.

Alongside my new AI assistant (btw, Reymalyn – my real assistant – no one will ever replace you!) the past few weeks seemed to have become even more in control of the machines.
I don’t know whether I should reference the movie AI (Artificial Intelligence) from almost 15 years ago, Ex Machina, Terminator, Humans (from channel 4), of Hal, but I do know there will be heroic tales of AI adjusting the course of the future, and maybe even engineering serendipity, one email at a time.
And thank you to Abdul, who is probably ‘just doing his job’ – unless of course he’s already been replaced too, and the chat was AI to AI all along…