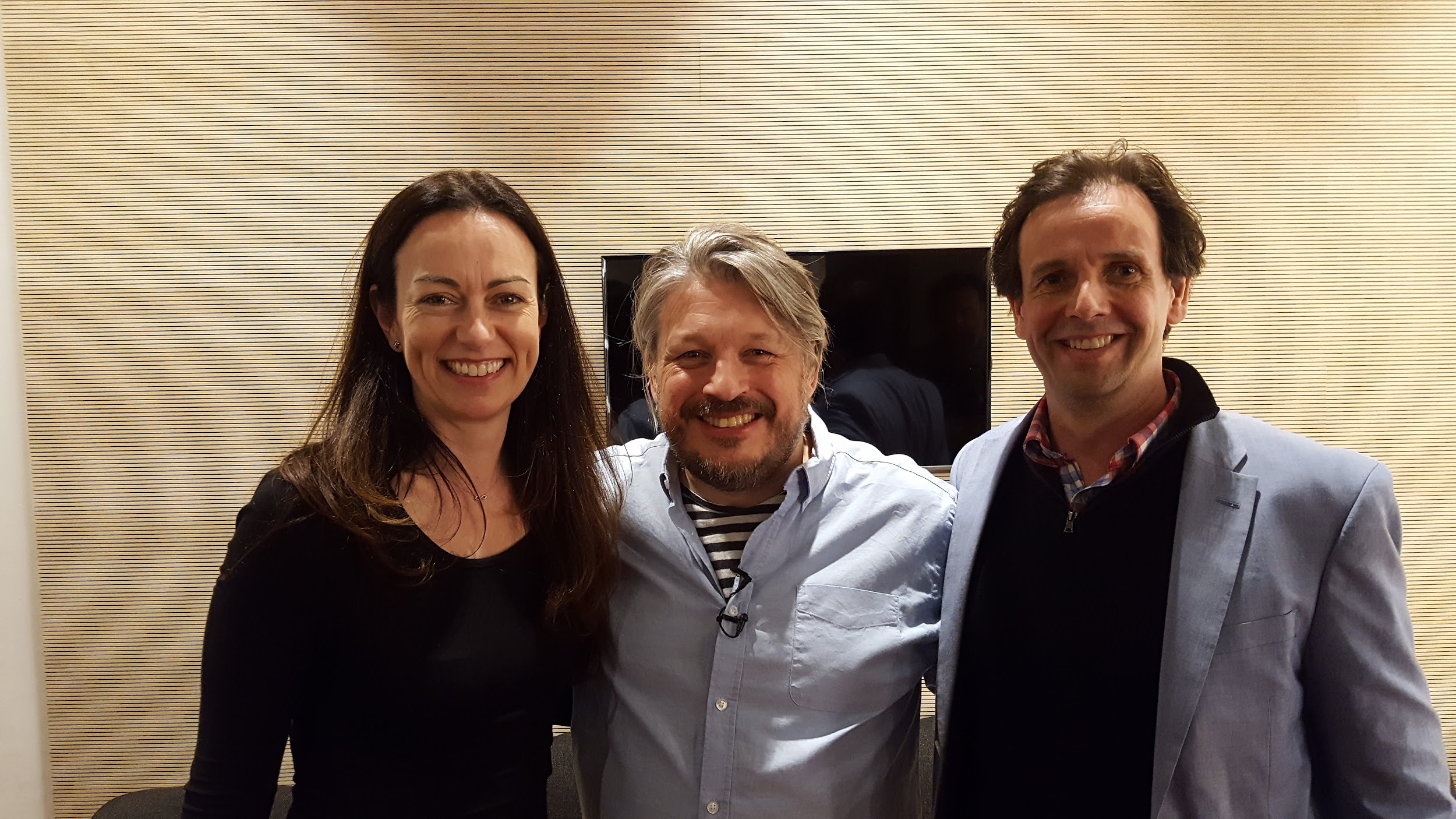 The first time I saw Richard Herring was in Cardiff March 2018. It was then I heard him say the phrase, “I think we’ve got bluetooth in our hearts.”

In testing the theory as to whether people’s own content could be used as a way to develop a connection, I invested £200 in his Kickstarter for myself and Elisa to go to London to watch the same show a couple of months later. Crazy, yes, but maybe genius if it worked.

Armed with a copy of “The Sublime Engine” I worked on a piece, and then wrote it inside (in my best handwriting):

“Just like a pregnant pause is a joke waiting…to be delivered, the phrase ‘Bluetooth in our hearts’ is a device enabling us to watch the birth of a concept in our minds – creating a self congratulatory circle jerk of recognition between head and heart, an Escher Handy if you like, as a double act that had previously let itself go, is reconnected.”

Put it back in as a result of your dedication!

This is what Richard wrote on his blog about the occasion (my ‘bold’):

“We recorded a few bits and pieces for extras and then went and had an early dinner together, before heading in to meet the Willy Wonka Superfans who had paid extra on the Kickstarter to get a backstage tour!

It did feel most of them would get sucked off by oompah loompahs leaving just one of them to take over my gag factory, but none of them turned out to be ungrateful children who needed punishing. Quite the opposite. They were all very lovely and interesting people – one of them had come from America and bought Twinkies! Another gave me a book inscribed with a message referencing a part of the show that had connected with him.. it was a part of the show I had dropped in the last week or so and wasn’t intending to do tonight. But this gift made me reconsider and I put it back in. It was the right choice.”

In this way, for myself and Elisa, the test was successful. Through targeted messaging could I create a connection with someone to whom I was previously not connected? Based on Richard’s response (i.e. including it back in the show) the answer was ‘yes’.

Whether or not Richard experience in mind what I intended re: ‘an Escher handy’ will have to be explored again, but creating art for an artist using their art certainly seemed well received on this occasion.