A frog walks into a bar1 min read

Take a look at the image below, starting at the bottom with [A man]

This is one of the most familiar patterns – A man walks into a bar.

But for our purposes, I want you to look at filling in the upper right gap with a word or phrase that logically fits. 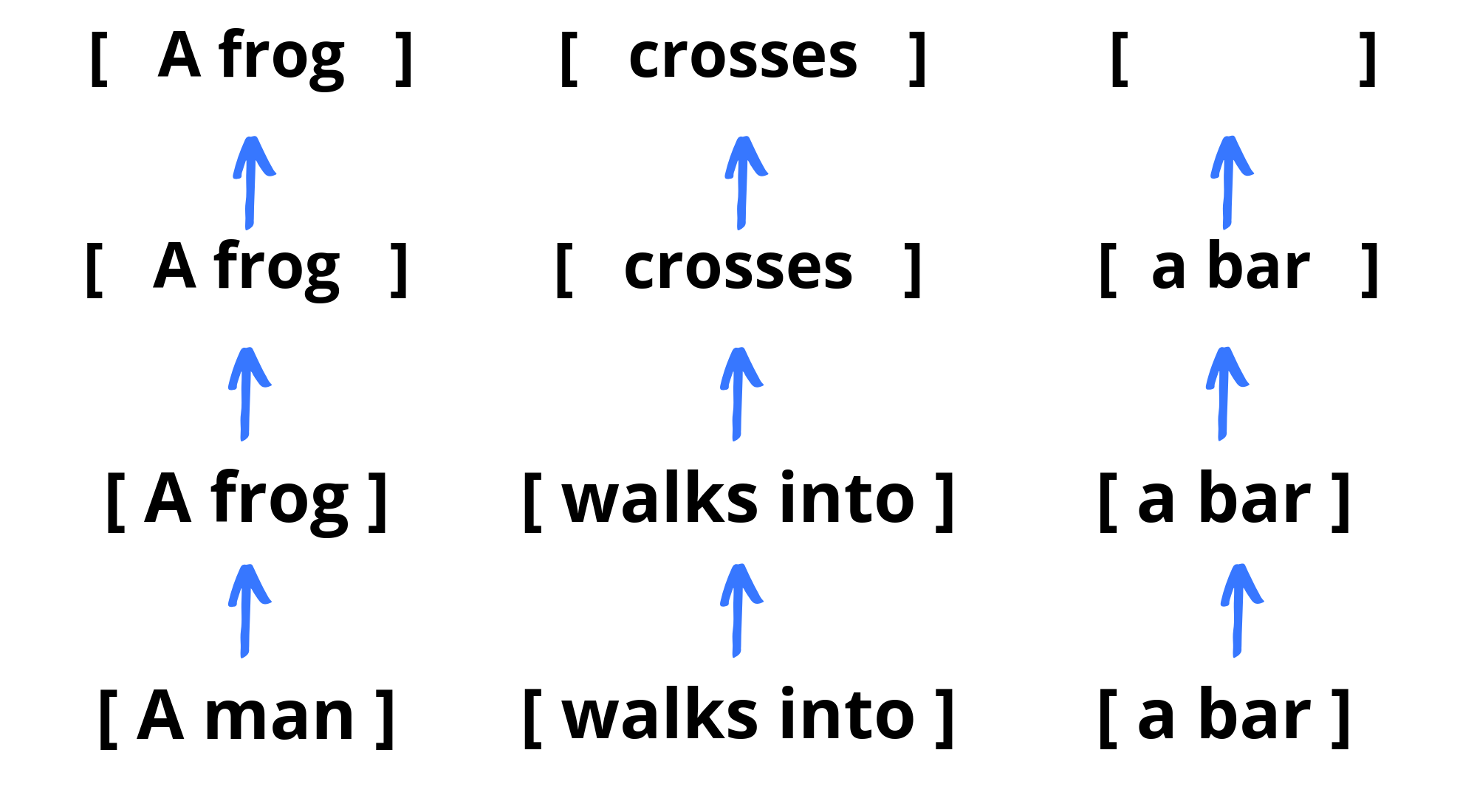 The word/phrase you probably came up with was [the road]: 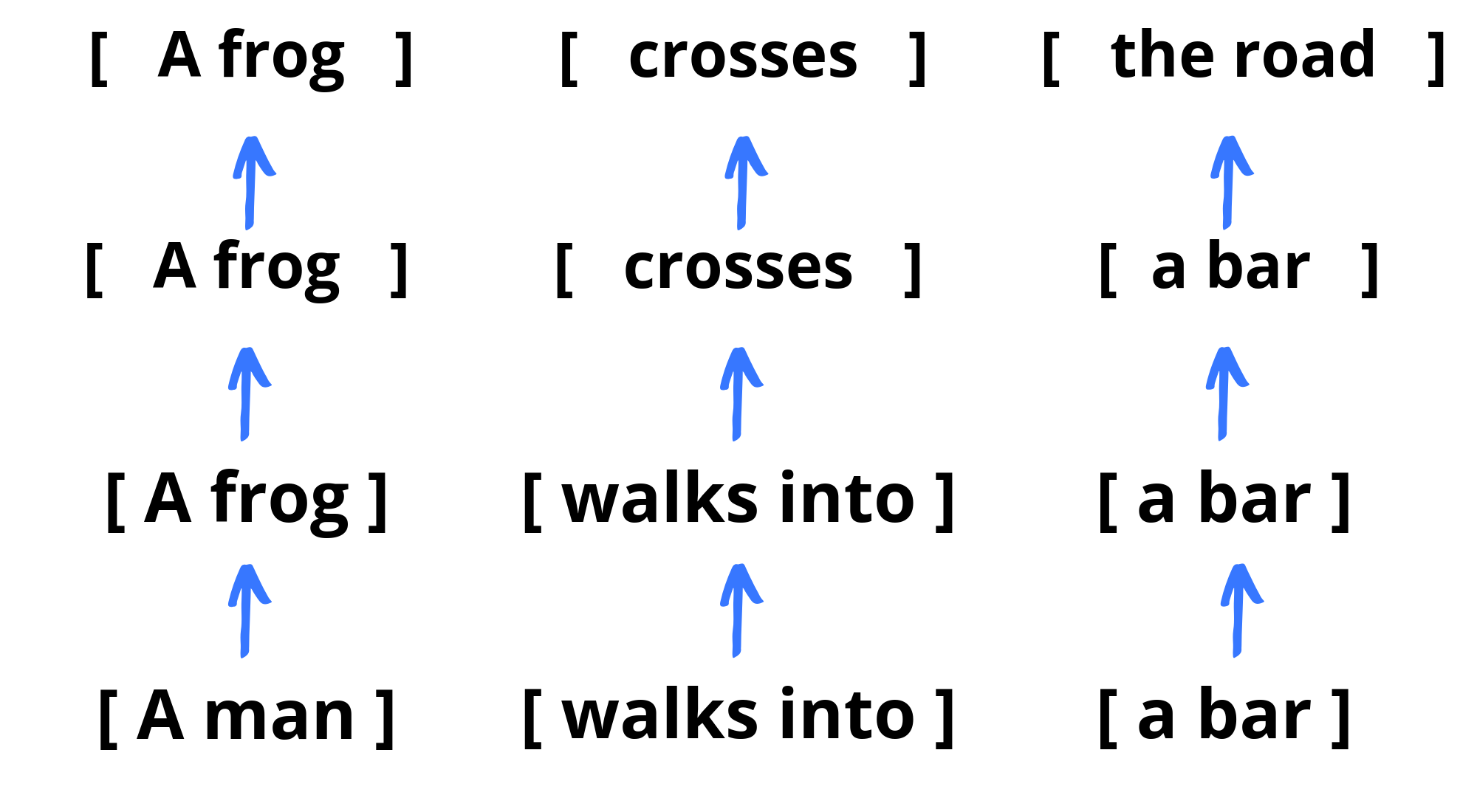 But what may have also happened as the process of change occurs from the first pattern ‘a man walks into a bar’ to the second pattern ‘a frog crosses the road’ is two things:

The connection between Frog and Croaked is probably within 5 word associations (likely others being: ‘green’, Kermit, slimey, hops etc)

The mind has been programmed with these semantic connections, and the pun about ‘croaking it’ is simply a lily pad away. ‘Lily pad’ being another one.

The point? Some patterns allow the punchline to emerge easier than others – as if the patterns themselves are well trodden paths which create an opportunity to operate on a different mental level. With ‘puns’ being some of the easiest ways to side step off the path, and fall into a humorous puddle by delivering a punchline that makes a splash.